Pinot Noir— The Art of Getting There

“There is no ‘there’ there”. Gertrude Stein’s often quoted prose is commonly used to describe something that lacks soul, culture, life, or identity. While Ms. Stein was referring to the faceless existence of city-life, some critics have proclaimed this lament when speaking of grapes grown in and the wine making efforts of America.

The French speak of ‘terroir’ when referring to winemaking and the wines of France which is to say grapes are a reflection of the region in which they are grown; the soil, the climate, the aspect of a hillside, the amount of rain, the surrounding vegetation, etc. The United States’ AVA system has been criticized as nothing more than a weak effort to create a false sense of place in the wines prodced -- an illusion-- as they state, there is nothing ‘there’.

I decided to look beyond Cabernet Sauvignon, the reigning king of grapes for my initial attempt at disproving this theory and thus directed my attention to a varietal that, in my humble opinion, is ‘place’ personified. Pinot Noir, the thin skinned red wine grape of the Burgundy region of France has become increasingly popular with wine-buying wine-drinking Americans. It is a classic, elegant, food friendly wine—its enigmatic character and appeal as elusive as it is obvious.

Pinot Noir grapes are grown around the world but they flourish in cooler growing regions. In Oregon, the Willamette Valley is nearly the same latitude as the famed Burgundy region of France and has become synonymous with world class Pinot Noir. Oregon producers have found their sense of place as the Pinot fruit embodies the sophistication and finesse of a great Burgundy yet displays layered earth and bright red fruit summoning unrestrained California productions. 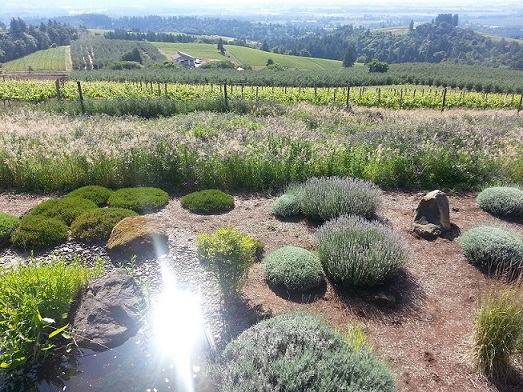 California Pinot Noir is more mercurial stylistically without any one style from this large and geographically diverse growing area. From Santa Barbara and the Central Coast to the south and Sonoma County and Anderson Valley in the northern half of the state, diverse topography and weather patterns separate this region of more than 450 miles. From Santa Barbara and the Central Coast we find opulent wines with definitive Pinot Noir fruit that reflects its warmer and more southern roots with a controlled strength. Cooled by the San Pablo Bay, the Carneros region straddles both Napa and Sonoma Valley and shows hints of spice and brightness unique to these cooler vineyard sites of this sun-drenched area. North of Carneros we find the Sonoma Coast where Pinot shows depth and earthy complexity with some of California’s most acclaimed Pinot Noir producers firmly planted in this lush pacific expanse. Further north of Sonoma we find California’s newest Burgundy-like super star in the highly praised and sought after Anderson Valley of Mendocino County. Here the ocean cooled valley floor rarely sees summer temps above 85 degrees….even in the height of the season. Pacific marine influence floods the valley floor with morning coastal fog providing slow even ripening. Enthusiasts agree this temperate region yields fruit of subtle distinction. 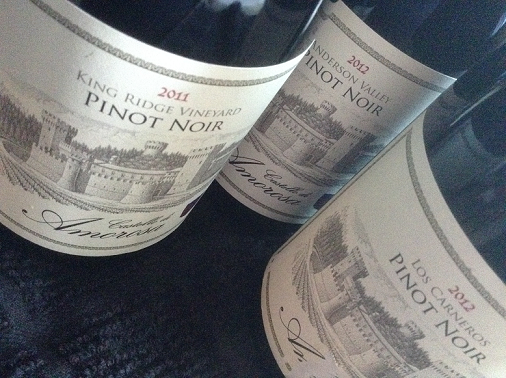 As far as American winemaking efforts, maybe we have not come up with anything quite as mysterious as ‘terroir’ to encapsulate the distinctive place of our wines….maybe we never will. But, as the saying goes, sometimes the best part of the journey is getting there. 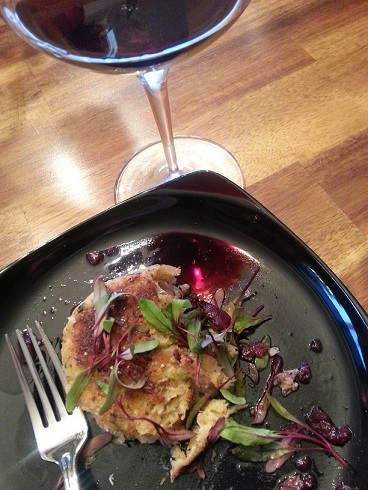 Napa Valley is world famous for its premium-quality wines, placing it alongside other winegrowing regions such as Bordeaux and Burgundy in France, Chianti in Italy, Rioja in Spain, and Barossa Valley in Australia. While these regions may all grow similar varietals of grapes like Cabernet Sauvignon or Chardonnay, the overall style and even legal requirements of winemaking can produce very different results in the bottle.  These differences are often referred to as “Old World” vs “New World” styles of making wine.  But what do these differences really mean?

The “Old World” of wine refers to the original winegrowing regions, including Italy, France, Spain, and other nations whose viticultural practices date back hundreds of years. Stylistically, “old world” wines are typically made using traditional methods and techniques, which are often controlled by strict laws that determine what goes in to each wine in order to earn the name on its bottle. For instance, Italian laws in the Chianti region require that every bottle of wine labeled “Chianti” contain at least 80% of the Sangiovese grape.

The vineyards of Tenuto San Guido in Bulgheri, Tuscany

You might also notice more “Old World” wines tend to consist of blends, or list only the name of the region in which it was produced rather than a specific varietal. For instance, a “white Burgundy” from France would most likely consist primarily of Chardonnay grapes, or a red “Bordeaux blend” would contain at least two of the five varietals traditionally grown there (Cabernet Sauvignon, Merlot, Cabernet Franc, Petit Verdot, and Malbec). Blending varietals allows winemakers to produce a balanced, often softer style wine, and tends to focus on the “terroir,” or region the grapes were grown, rather than particular types of grapes.  This tends to lead to these wines displaying more earthy or mineral characteristics in the glass. “Old World” wines also tend to be lower in alcohol, which allows them to be much easier to pair with food. 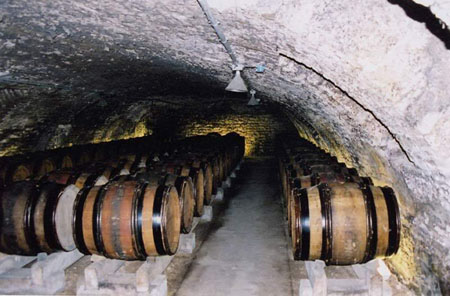 Since “Old World” typically means “Europe,” think of the “New World” of wine as basically everywhere else. “New World” regions such as California, Australia, and Argentina have adopted the techniques and varietals of the “Old World” and expanded upon them with new winemaking technologies, often without the strict legal requirements in place in Europe. Wines produced in this style are often described as more “fruit-forward” and oakey, and tend to have a higher alcohol content than Old World wines. Think of your traditional “Big Napa Cab” found so often out here in the Valley, with its rich fruit and bold tannins that make you instantly crave the largest ribeye steak you can find.

Here at the Castello, we focus on “Italian-style” wines, meaning we like to use Italian varietals such as Moscato, Pinot Bianco, Pinot Grigio, Sangiovese, and Barbera. However, because our grapes are grown in Napa Valley and other regions of California, they do have a distinctly “New World” flavor profile, especially for Cabernet Sauvignon, Merlot, Zinfandel and Chardonnay where the local “Terroir” is evident in the glass. 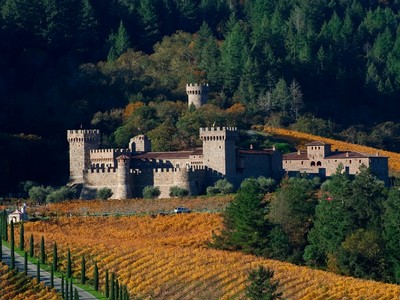 We try to take an “Old World” approach to our winemaking, including traditional winemaking methods such as hand-picking grapes, using gentler press and fermentation techniques such as bladder presses and the “punch down” method for maceration, and aging many of our wines in French Oak barrels in our caves. 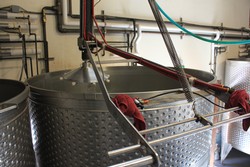 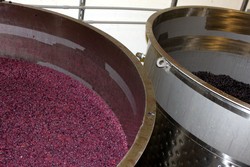 Open top fermentation tanks, to allow the "punch down" of the grape skins & seeds during maceration

Our blends like Il Brigante, and La Castellana “Super Tuscan” have a balanced approach between the varietals, creating a softer, more velvety wine. Keeping our alcohol levels more moderate for our red wines helps to create a more food-friendly style that won’t overwhelm your palate at the lunch or dinner table. We hope to bring a bit of the Old World to the New here in world-famous Napa Valley, and we raise a glass to all of the wonderful wines made here and all over the world that bring new inspiration with every vintage! 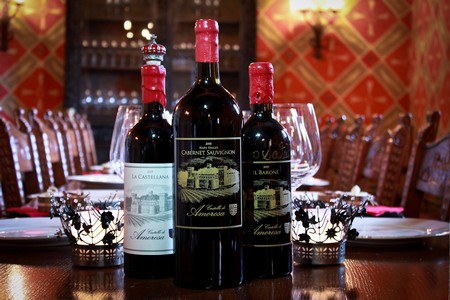 Cheers to the best of both worlds!