The term ‘Black Friday’ was coined in the 1960s to mark the kickoff of the Christmas shopping season referring to stores moving from the ‘red’ to the ‘black’. Of course, this was when accounting records were kept by hand; red ink indicated a loss and black ink showed a profit. Retailers began to realize they could draw big crowds by discounting prices and ‘Black Friday’ became the day to shop bringing with it even better deals than last minute Christmas sales. Many retailers now open at 5 am or earlier(!!!) to hoards of people waiting anxiously outside.

However, more and more consumers are choosing to shop online, not wanting to wait outside in the early morning chill with the crush of other shoppers or a battle over the last most-wanted item. Online shopping is easy, dependable and with the many shipping specials and pricing incentives—the deals are hard to beat. Now this is where the red comes in…pour a big glass and let the bargains begin! It's the only way to shop! 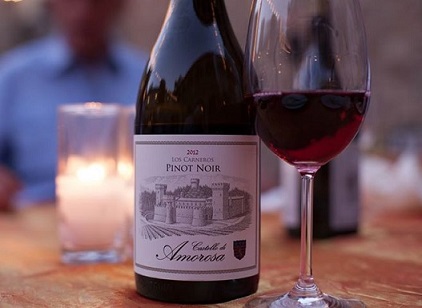 Napa Valley is home to a variety of fantastic events throughout the year, and the Napa Valley Film Festival is one of the highlights of the fall season. On the second week of November each year, various locations throughout the valley host screenwriters, producers, actors, and moviegoers to showcase some of the best new independent and global cinematic efforts.

“Our vision is to build community around the art of visual story-telling, with the viewing of films and discussions with filmmakers fueling lively conversation amongst old and new friends … and those conversations being enriched with the world-class food and wine of legendary Napa Valley.”

We at the Castello always look forward to the festival, and this year we were able to participate as a shooting location for one of the short films in the SONY 4K FILM CHALLENGE! Five teams given the latest SONY tech were given a 60-hour challenge to create a short film based on randomly-assigned topics. Director Paul Martin chose Castello di Amorosa as one of the settings for his short film, “Valentimes Day.”

We had a blast with Paul and his crew filming scenes in the Great Hall and our Torture Chamber! Check out some of our behind-the-scenes photos from their shoot: 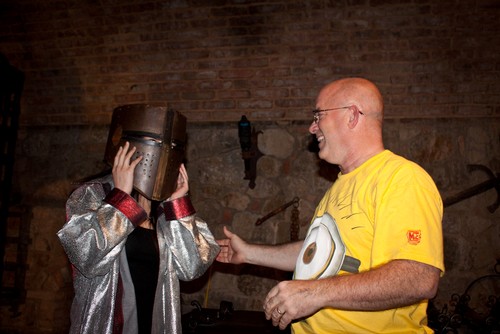 Actress Kai getting used to wearing one of our knights’ helmets 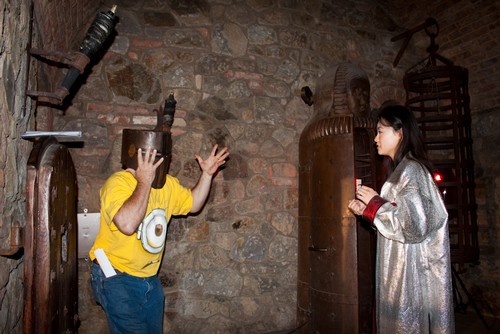 Paul showing her how it’s done! 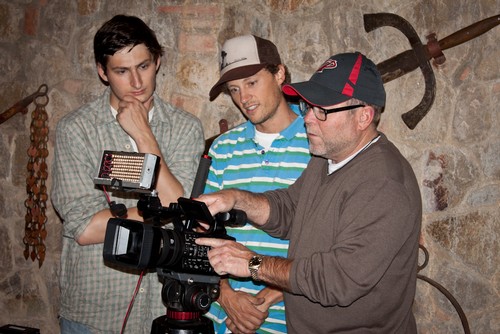 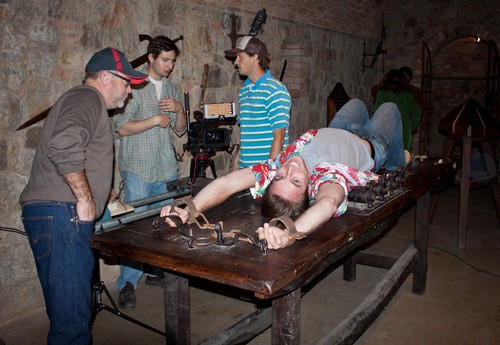 Actor Cameron Mark Lewis on the rack! Don’t try this at home!! 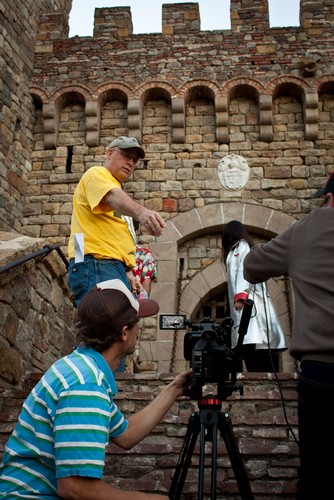 The next day of filming was on the Napa Valley Wine Train. We tagged along for the ride and got to capture more of the action! 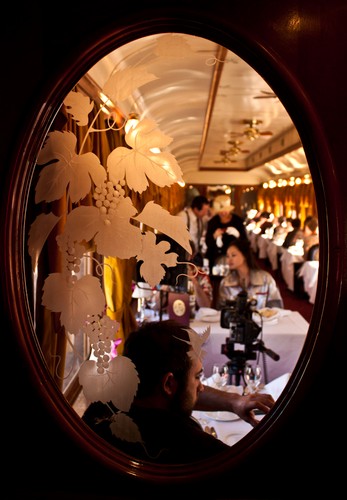 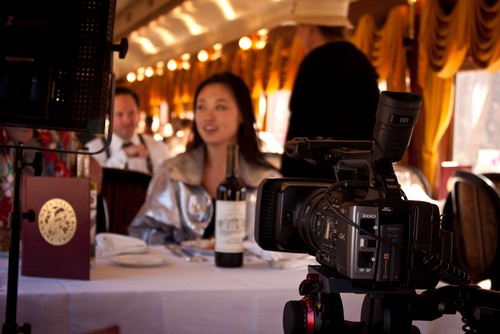 Our 2010 Sangiovese was featured in the film!

Thank you again to Paul and team for letting us be a part of your fantastic production! 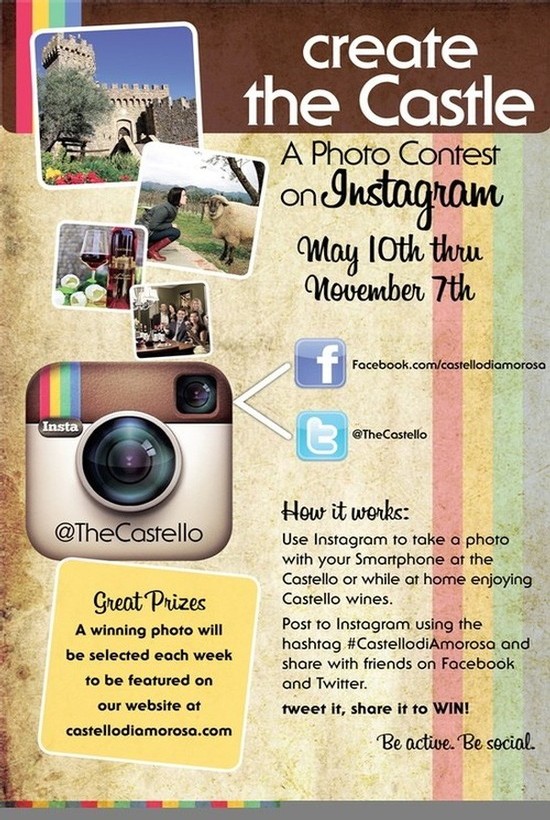 We've reached our final week of our "Create the Castle" Instagram contest, and we are thrilled with how many fantastic photos we have received from all of our fans! Thank you for sharing your wonderful photos of your times here at the Castello and enjoying our wines with your friends and family at home. Keep on sharing your great shots with us on Facebook, Instagram, and Twitter by tagging us with #castellodiamorosa; we love sharing them with our fans on social media!

Our Week 26 winner is @jaymessong, who captured the beautiful fall colors around the Castello from our South Tower. Congratulations, and thank you for visiting and sharing such a great photo with us!

Check out our fantastic runners up from this past week! Thank you again for sharing your great photos with us, and cheers from all of us at the Castello! #castellodiamorosa

We're in the home stretch of our "Create the Castle" Instagram contest! We've received over 8,000 photos tagged with #castellodiamorosa, and we've been loving the creative ways you show how much you love the Castello and our wines! This week's winning photo is from @jed_pilgrim128, who captured the gorgeous clouds above the Castello this past week. Congratulations, and thank you for sharing such a beautiful photo!

We may just have one week left in the contest, but we still can't get enough of your fantsatic photos! Thank you for tagging us at #castellodiamorosa and for sharing your photos on Instagram, Facebook, and Twitter! Here are a few more favorites from this past week!

I was at a dinner party a couple of weeks ago and the subject of Napa Valley wine came up – I realize this is not shocking nor in itself blog-worthy! However, at this dinner we were specifically discussing Chardonnay. Maybe it was the time year as Chardonnay was the grape harvest du jour. Maybe it was the company I was in; long time Napa locals and wine makers. Maybe it was the wine I brought for the occasion. 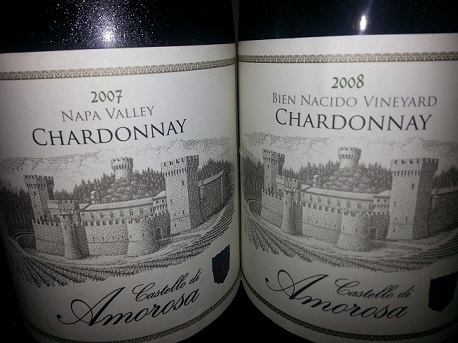 This was mildly ironic as not more than 8 years prior I attended an ABC dinner, an entire night of Anything But Chardonnay. Admittedly, I was a reluctant participant but I attended *sigh* and took part in the grape bashing. “Too oaky!” claimed one reveler. “Manipulated and contrived” cried another! My favorite denial of this classic varietal was “Chardonnay does not pair well with ANY food!”

Wow--quite a statement! However, to put it bluntly; they were wrong.

It is now a number of years later and we are approaching Veteran’s Day. In America, this day is reserved as a time to reflect and celebrate past heroes and champions. Perhaps wine lovers should follow suit and pay respect to one of America’s wine heroes. After all, it was a California Chardonnay that won the 1976 Paris tasting and brought recognition and eventually fame to a small farming community; Napa Valley. 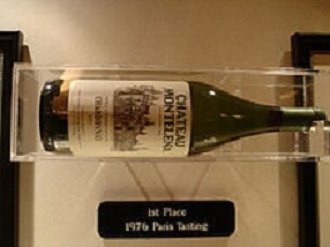 Chardonnay is the second most planted white wine varietal in France and remains the most planted white wine grape on the planet. Additionally, Chardonnay styles differ dramatically and can reflect the artistry of wine making; buttery and oaky, crisp and fruity, austere with minerality. Combined with the diversity of soil and climatic zones, Chardonnay exhibits varied complexities and offers ageble wines with broad appeal. Plus, in the last 20 years wine makers have found malolactic fermentation and oak ageing are winemaking tools, but don’t have to be used fully, or at all, with every Chardonnay.

I regret my brief slide into the ABC movement. While our preferences may change as we explore different growing regions, varietals, and styles of winemaking; it is important to stay open-minded and savor new discoveries. And sometimes, we just have to stick to our guns and defend tried and true veterans that brought victory to the field and eventually… to our glass! 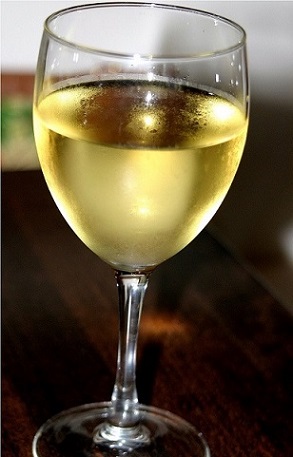 Chardonnay is primarily fermented in oak and is aged sur lie or on the lees. Lees refers to deposits of residual yeast and other particles occurring during fermentation. Ageing sur lie softens the taste of Chardonnay, especially on the finish. Oak provides oils and resins which not only add to the overall flavor and character of the wine but make Chardonnay a white wine which can benefit from bottle ageing. 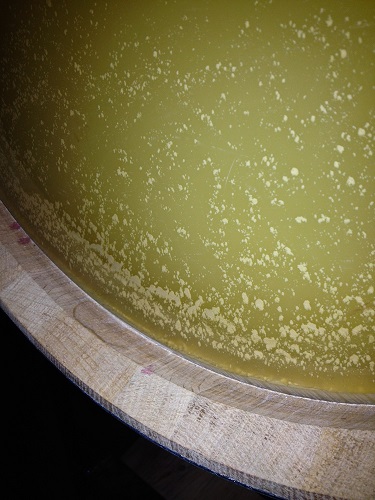 The 2007 Napa Valley Chardonnay has become ripe and juicy with golden apple, comice pear and lightly toasted brulee. If you have any of this Castello beauty hiding in the corner bring it out this Thanksgiving! Enjoy with a hearty harvest salad garnished with candied pecans and crumbled Feta 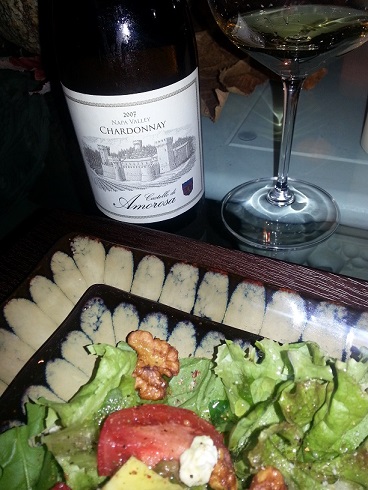 The 2008 Castello di Amorosa Bien Nacido Chardonnay knocked my proverbial wine-socks off! At five years from vintage this was visually beautiful and simply stunning in the glass. Vanilla and spice were the words repeated again and again, however, the 2008 Bien Nacido retained its fruit and was vivid on the palate. 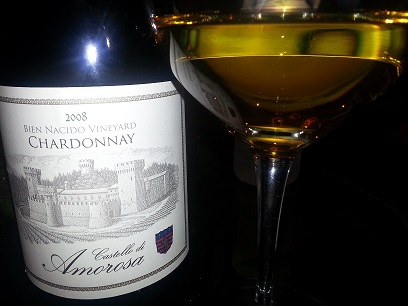 Chardonnay may not be the traditional go-to for Ahi salad, but, a bit of ageing leveled off the acidity and the velvety texture of the avocado played off the creamy notes of the Chardonnay. This was a delicious and luxurious pairing.

Ahi and Avocado Salad with Ponzu 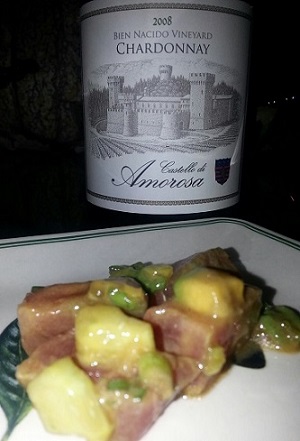 Mix well and pour over cubed Ahi and Avocado