Gewürztraminer, misunderstood and often mispronounced, how did such a unique grape come to be so abundant in modern winemaking and in such diverse regions?

First of all to understand the grape we must dissect the name itself. The German language can be quite redundant, often running a number of words together to create one word. For a glimpse into this as well as a little fun, try this link-- http://mentalfloss.com/article/54048/heres-how-crazy-long-german-words-are-made

(Imagine if Barbara served this with Barbera!)

To complicate this further and make matters even more confusing, Gewürztraminer is actually Italian!

Near the tip of the Adige Valley on the shores of Lake Balzano, lies the town of Termeno aka Tramin. Since the area is only a few miles from the Austrian border, and the land has been occupied by Austria several times (pick a war, any war), the town is called Tramin in German. In fact every mountain, river, street, town or other landmark is named in Italian AND German and because of this cross-culture the denizens of this region are bilingual. To translate:

The name of the town is Tramin…

“gewürz” is German for "spice"

There you have it… "the spiced grape from Tramin"

To clarify; a German word for an Italian grape grown in Austria, I mean Italy! This is confusing.

Gewürztraminer is known for its crisp pear and apple notes, spicy attributes, intense fragrance and distinct color. Gewürztraminer is commonly associated with sweet wine, however, Gewürz is made in different styles depending on the level of ripeness at harvest .When picked late in the season like Castello’s Late Harvest Gewürztraminer this wine displays honey-apple with succulent peach nectar-like qualities. Perfect with a not too sweet desert or a cheese course…or combined into one grand finale. 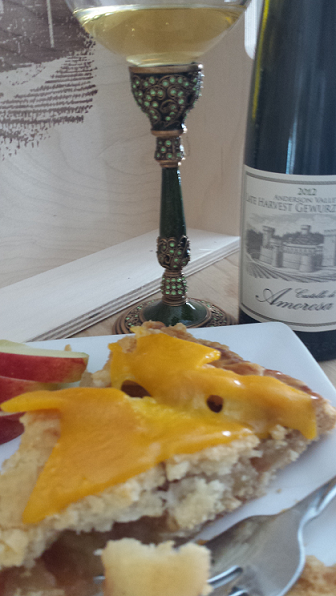 Keep it a bit savory with this sweetie. Remember, apple pie without the cheese is like a kiss without a squeeze.

An off dry or slightly sweet Gewürztraminer like Dolcino is harvested at normal sugar levels and fermented to leave a bit of residual sugar. This is my choice for pairing with spicy main dishes like Andouille Sausage Jambalaya. 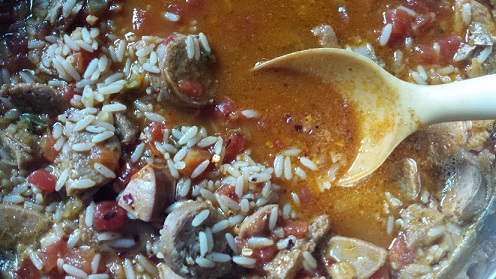 The classic dry Gewürztraminer may be the most versatile and my personal favorite. This wine displays ginger, crisp stone fruits and a tell-tale hint of lychee. Mix it up a bit with this mixed up wine, rich and hearty Italian dishes with savory basil and lemon in a light cream sauce are contrasted perfectly with classic dry Gewürz. Farfalle pasta catches all of the goodness in each and every bite... with a sip of Gerwürz….das schmeckt gut. Or is it delizioso?...well, in any language--yum! 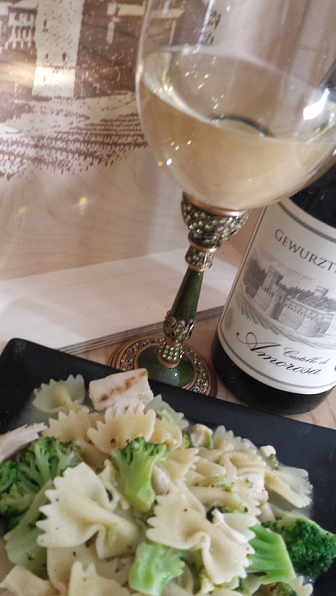 “Movement: an act of changing physical location or position or of having this changed”

I have been exposed to substantial movement lately. As most are aware, early in the morning of Sunday August 24 a 6.1 magnitude earthquake jolted Napa Valley from its pre-dawn slumber; the largest earthquake in Northern California in 25 years with the southern end of Napa Valley at the epicenter. The quaint downtown area of Napa sustained major damage with shocks of destruction to outlying hotels, grocery stores, homes, schools, and wineries. Some of the damage inflicted was to buildings with construction dating to pre gold rush era while others were newer buildings with modern architecture and aesthetics. The quake’s movement was quick and destructive as it ripped through this otherwise sleepy valley. Fortunately, there were no human casualties and the injuries, although numerous, were not life-threatening. My husband and I were in Napa in the rural north east end at the base of Mt George near Coombsville, a bit removed from the hardest hit areas but we knew ....this was a big one

Fortunately, our fragile belongings were safely sequestered up-valley as 2 days prior to the quake (!) we had packed several storage and moving boxes and relocated them to our new residence in St Helena. The northern part of the valley shook and rattled but the quake did not have the ferocity it exacted upon Napa. Back in Napa, we were safe, the cats were a bit freaked out but unharmed and our belongings were secure in their new hillside abode.

As a native Californian I am no stranger to earthquakes but this one hit me in a peculiar way, this earthquake was symbolic. I was physically and emotionally drained from weeks of packing, moving and organizing. This movement sent tremors of emotion and exhaustion, the aftershocks seemed relentless from weeks and days of sorting through old photos and memorabilia. These aftershocks triggered moments of reminiscence and nostalgia; earthquakes to my soul.

Along with long-forgotten mementos, I also found a few heavily guarded bottles of wine, treasures tucked away for the perfect moment. Buried far within the wine cooler I glimpsed a familiar red wax, yes, I had to dig deep for this gem. I began at Castello di Amorosa in the spring of 2008 and on one record breaking extraordinarily challenging day we were all rewarded with a bottle of wine of our choosing…any bottle. I selected a 2006 Il Barone and tucked it away for a rainy day. Obviously, I had forgotten it. I recalled this cabernet from it its youth; firm, young, chewy tannins but intensely cloaked with hidden layers of brooding black fruit not quite ready to reveal. The rainy day had come and gone but for this bottle, ‘no day but today’.

Movement. It is moving.

To celebrate our big move and to honor the recent big movement of Napa Valley I opened the rediscovered 2006 Il Barone. My husband and I sat on our deck overlooking the hills of St. Helena, we raised a glass to all we had accomplished and the movement sure to come.

The 2006 Il Barone has moved gracefully into a polished and plush Cabernet reminiscent of the balanced beauties of Napa Vallley's 1990's. With notes of ripe red berries and hints of smoke and leather this wine has more to reveal in the coming years. 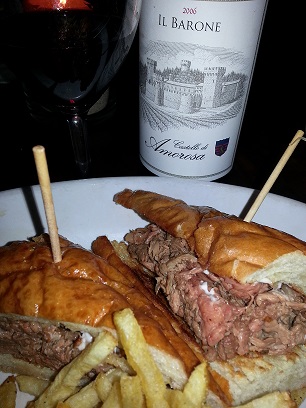 We finished the bottle at one of our favorite Napa Valley no corkage restaurants. A prime rib french dip with a bit of creamy horseradish and a side of fries was all this Cabernet needed to move us!