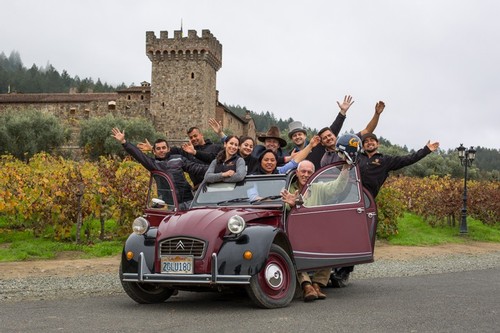 I've spent a few years around various farms and ranches in Montana and Washington State working with livestock and performing various farming duties and I’ve had the opportunity to dine on some very good steak.  I’ve been a real fan of steak ever since and so I was very excited to meet the folks at Best Filet Mignon and taste their product, paired with our Il Barone Reserve Cabernet Sauvignon, of course.  You can read about our meeting in our last blog post, but let’s talk about the NY Strip steaks.

Just when I thought I had tasted the finest filet mignon ever, our friends at Best Filet Mignon sent me a package of their NY Strip steaks and I didn’t waste any time organizing a party and then heading to the grill.  The steak was cooked to perfection which was great, but now all my friends have very high expectations when they come for dinner!

Sent overnight in an elegant shipping box, the NY Strip steaks, in their vacuum sealed pouch were very fresh, just like the filet mignon steaks I tasted earlier.  Their steak is USDA prime and no hormones or antibiotics are ever used in the diet of their cattle.

What really impressed me was that Executive Chef, Phil Horn of Best Filet Mignon included a great recipe which I followed.  Here it is. Follow every step and you won’t be disappointed.

To order these delicious NY Strip Steaks from Best Filet Mignon, head to their website. Normally, Best Filet Mignon offers their 8 pack of 10 oz. NY Strip steaks for $289, but for a limited time, friends of Castello di Amorosa will receive $100 off which includes free FedEx overnight shipping.  Simply enter the code “cdany” at checkout.

And if that’s not enough, you should know that BestFiletMignon.com is more than Filet Mignon. If you need guidance, ideas, or culinary advice, call the chef on his personal cell at 310-729-3264 or email him at chef@bestfiletmignon.com.

Nadine Sierra, one of the most promising emerging talents in the opera world today opened the landmark 10th season at the Napa Valley Festival del Sole on July 17, 2015. Boasting formidable 13th century Tuscan architecture and stunning views of the Napa Valley from it's Diamond Mountain District vineyards, the Napa Valley and Castello di Amorosa was a perfect setting to experience the performing arts, wine, wellness and the culinary delights offered by Festival del Sole, one of the world's premiere cultural events.

Nadine Sierra, one of the most promising emerging talents in the opera world today, performs.

Nadine Sierra on stage at the 10th anniversary of Festival del Sole.

The much-revered coutyard at the Castello was filled with the sounds of the Russian National Orchestra. 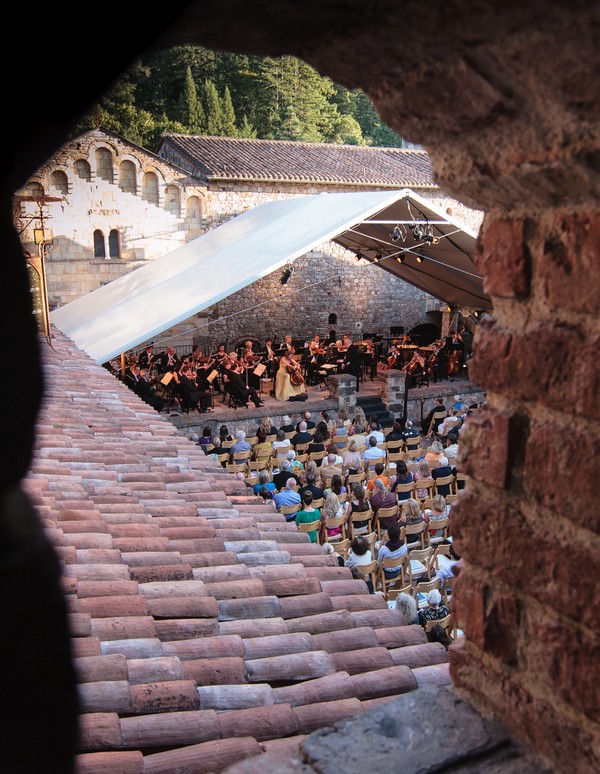 Herb Alpert was simply magical on the trumpet playing many classic numbers and songs from their latest album, Steppin' Out.

That's Michael Shapiro on drums and percussion and Hussain Jiffry on bass.

Capture the Castle Video Contest: Video of the Week

Castello di Amorosa's "Capture the Flavor" video contest on our Facebook page is in full swing.  One of the recent entries can be viewed by clicking: 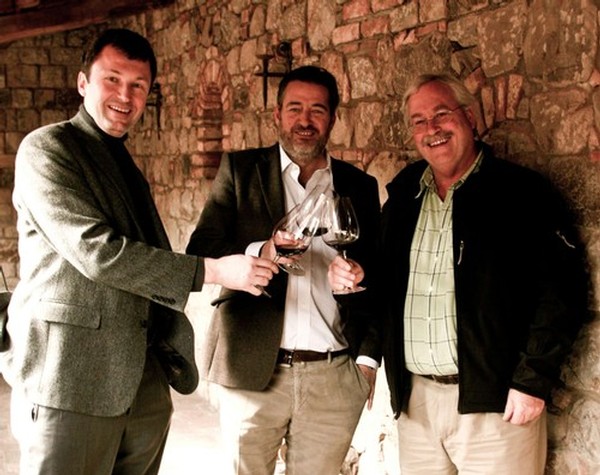 "From the vineyard to the glass, the addition of Sebastiano Rosa will bring an international perspective to our program," said Georg Salzner, President of Castello di Amorosa. "Our history is Italian; our winery is Italian style so it's natural that we partner with Sebastiano to create unique, Italian-style wines."

Rosa, the stepson of Nicolo Incisa della Rocchette whose family owns Sassicaia, brings an extensive wine background to the team. Upon graduating from U.C. Davis in 1990, Sebastiano participated in the 1991 harvest at the storied Chateau Lafite Rothschild.

From 1992 until 2002, he was General Manager at Tenuta di Argiano in Montalcino where he worked with legendary winemaker Giacomo Tachis, considered by some to be the father of the renaissance of Italian wine. While Sassacaia was the first wine in the renaissance, his other label, Solengo, was the number 8 wine in Wine Spectator's Top 100 and received 96 points in only it's second vintage.

"We are excited about Sebastiano's collaboration and contributions to our winemaking," said Brooks Painter, Castello's Director of Winemaking. "At Castello di Amorosa we are only interested in producing top quality wine. Sebastiano will help us continue to craft exceptional wines with distinct character and structure while respecting the unique Napa Valley terrior."

Rosa, the Technical Director of Tenuta San Guido from 2002 until 2011, managed the Sassicaia cellar where he started the second and third labels for Sassicaia- Guidalberto and Le Difese.

Twenty four judges tasted their way through 660 wines from across the country and found Castello di Amorosa’s 2009 Il Passito - a late harvest blend of Sauvignon Blanc and Semillon that sees 20 months in French Oak- the top white wine of the competition.  Gold medals were awarded to the 2008 vintages of Il Barone and La Castellana and the 2009 Bien Nacido Vineyards Chardonnay.

“We only enter a couple of wine competitions a year,” said Castello di Amorosa President, Georg Salzner. “We were honored to be invited to this invitation only competition and very pleased with the final results.”

Held at the prestigious Boca Country Club in Boca Raton, Florida, the American Fine Wine Competition is rapidly becoming the premier wine competition in the country with an all-star judging panel of recognized professionals as wine educators, wine writers, restaurateurs and sommeliers all with top qualifications in the their field.

It’s tough to win this competition-- 100 percent of the panel of judges must agree that any particular wine is worthy of a Gold Medal.  To win Best of Show, the consensus standards are even greater.

Castello di Amorosa’s award-winning wines will be poured at the American Fine Wine Competition Gala at the Boca Raton Resort & Club in Boca Raton, Florida by 50 volunteer Wine Angels.  Five courses will be served with the main course being prepared live on stage by Chef Emeril Lagasse.

Benefiting the Diabetes Research Institute and the Golden Bell Education Foundation, the Lifestyle live auction will be presided over by Alan Kalter announcer for Late Night with David Letterman. The Silent Auction features all 600+ award winning wines each signed by the winemakers themselves.

We are pleased to announce that Castello di Amorosa’s 2010 Anderson Valley Late Harvest Gewürztraminer is the Sweepstakes Winner and Best of Class in the Dessert wine category at the 2012 San Francisco Chronicle Wine Competition, the largest competition of American wines in the world.

Sweepstakes awards were given for Sparkling, White, Pink, Red and Dessert. The 2010 Late Harvest Gewürztraminer, the only wine from the Napa Valley to win a Sweepstakes title, was the best of 66 other Dessert wines submitted by wineries from across the U.S.

In addition to the Late Harvest Gewürztraminer, our 2010 Mendocino County Gewürztraminer received a Double Gold and the 2008 Merlot was a Gold Medal winner at this prestigious wine competition.

A Chance to get all Medieval at the Castle 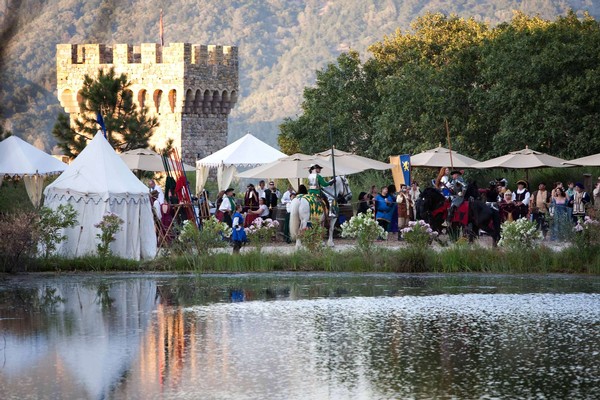 Let the games begin. The Midsummer Festival at Lake Mario. 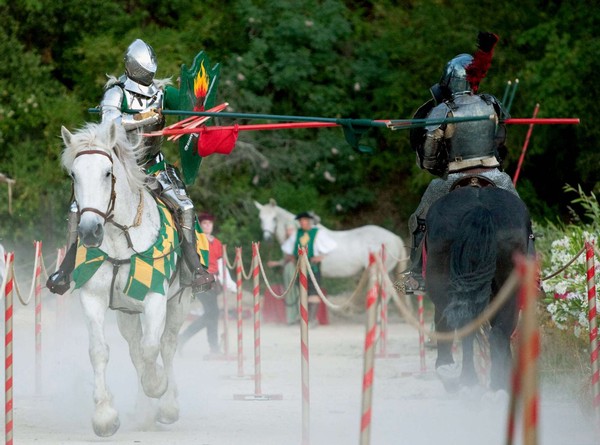 Jousting, falconry, archery, bocce and wine at the Midsummer Festival. 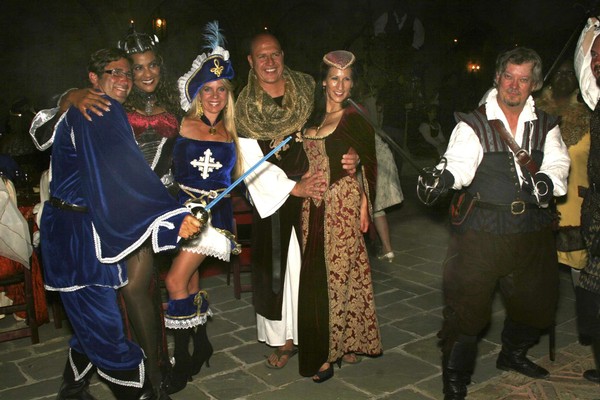 Merrymaking in the Castello's Courtyard where the games continue and... 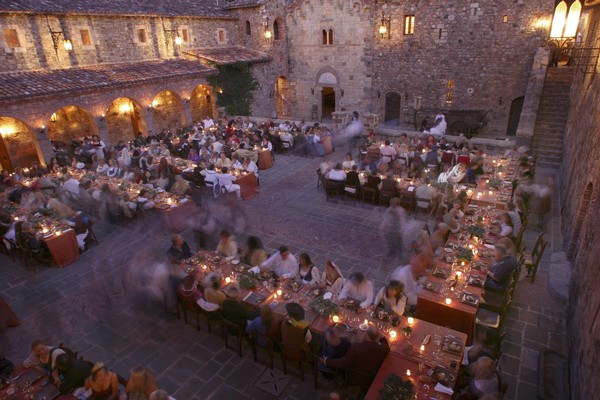 ... the feast begins. Seating is available at this premiere Castello di Amorosa

Amici del Barone wine-club event. Not a wine club member? Not a problem.

Come to the event and sign up for the club on the spot.

The Napa Valley, a premiere wine-region with world-class wines, is a beautiful place; a great place to take visitors.

We are were humbled when we heard that Castello di Amorosa was honored with the distinction of "2010 Best Place to Take Visitors" in the Best of Napa & Sonoma Valleys magazine-presented by 1440 KVON & 99.3 THE VINE.

With voting conducted by ballot and online, Castello di Amorosa, Dario Sattui's 13th century Tuscan-style castle and winery, joins a select group of establishments considered by locals as the best place to eat, drink and stay in the Napa Valley.

Robert Parker, a leading U.S. wine critic with international influence can literally make or break wineries with his judgments. He was in the Napa Valley at the invitation of the Napa Valley Vintners Association and posted the following in his newsletter, The Wine Advocate. 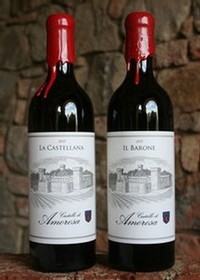 "The 2007 La Castellana is a proprietary blend of 66% Cabernet Sauvignon, 18% Merlot, and 6% Sangiovese. An outstanding, hedonistic, complex red, it reveals notes of wild strawberries, new saddle leather, black currants, cherries, cedar, and smoked herbs. Full-bodied, lush, and seductive, this beautifully mouthfilling, supple wine should be enjoyed over the next 7-10 years."

Castello di Amorosa wines are sold only at the winery, directly to the consumer. The 2007 vintages Il Barone and La Castellena Super Tuscan will be released in 2012.